Dana O'Driscoll 19 Comments on Creativity, Mental Health, and Well Being: A Case for the Bardic Arts 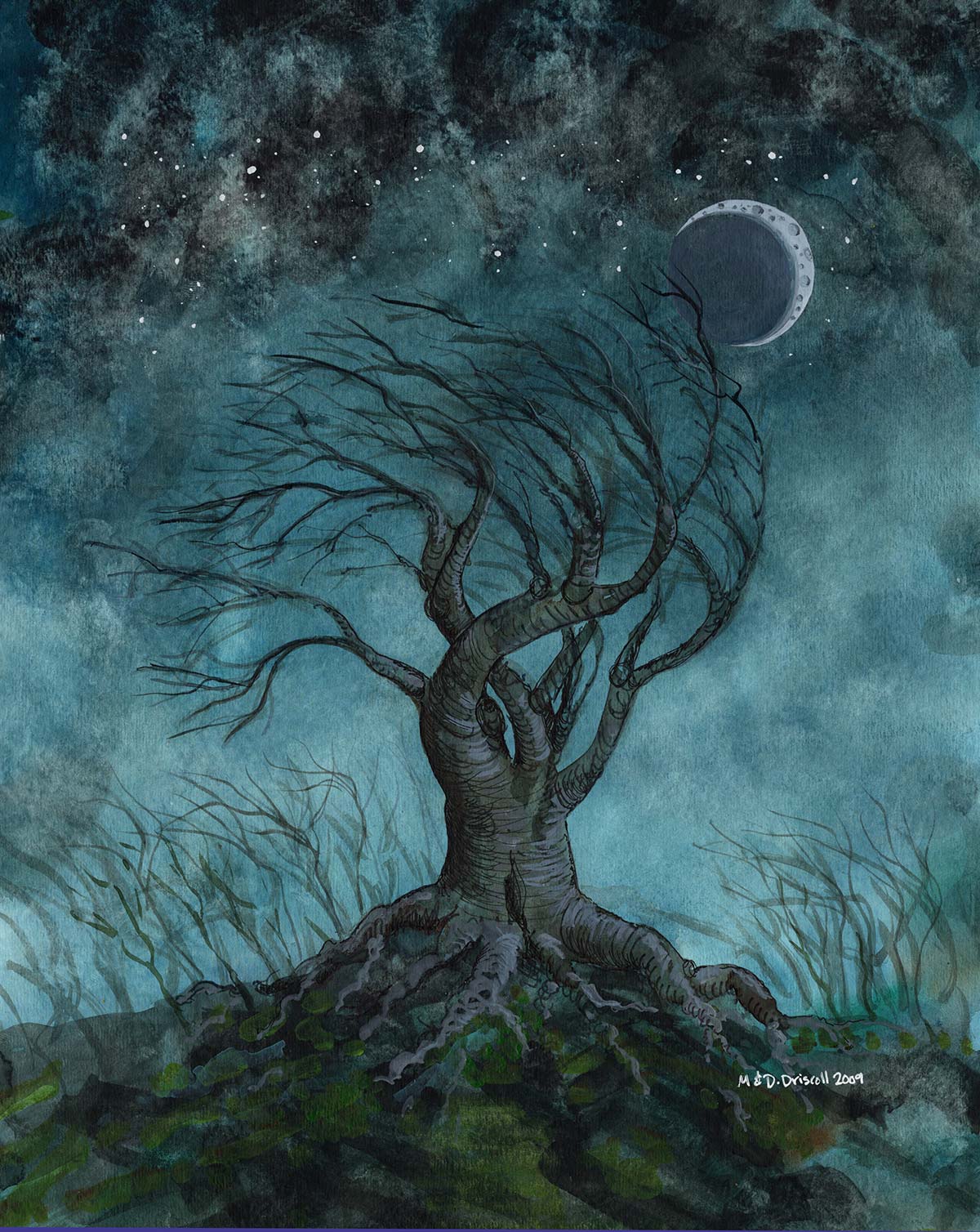 Creativity is the birthright of all people. When humans are young, play and creativity are central to our own development. Children don’t worry about it being ‘good’; they just make things, play with crayons, laugh, dance, and sing. They play. As children get older, school and society often discourage individual creativity and play, particularly in a culture that values economic growth above all else. The result of this has been a stifling sense of creativity, with many adults believing in the myth of talent (that you have to be good at something immediately to practice it creatively) or insisting they have no creativity.

The bardic arts are those in the druid tradition that focuses on creative works: storytelling, creative writing, fine arts, fine crafts, and any other endeavor where you are building in your creativity. The ancient bards were part of the druid community and were the storytellers and historians of their people; undergoing rigorous training and learning how to pass on the legacies and traditions of their community.  In the druid tradition today, we see any creative practice–for the good of the self, community, or unknown others–as part of the path of bardic arts.  Druids see practicing the bardic arts and cultivating creativity as a spiritual act.  Even with this positive framing, many people feel they “aren’t creative” and may be blocked.

Hence, culturally, we live in a world where a lot of people are discouraged from creating anything–and while this is starting to change due to the challenges of the last few years,  I think we have a long way to go.  Not being able to cultivate a sense of play and creativity has serious implications for our mental health and well-being.  In this post, I’ll explore some of the reasons that creativity is good for all of us, drawing upon scientific research as well as druid sensibilities. 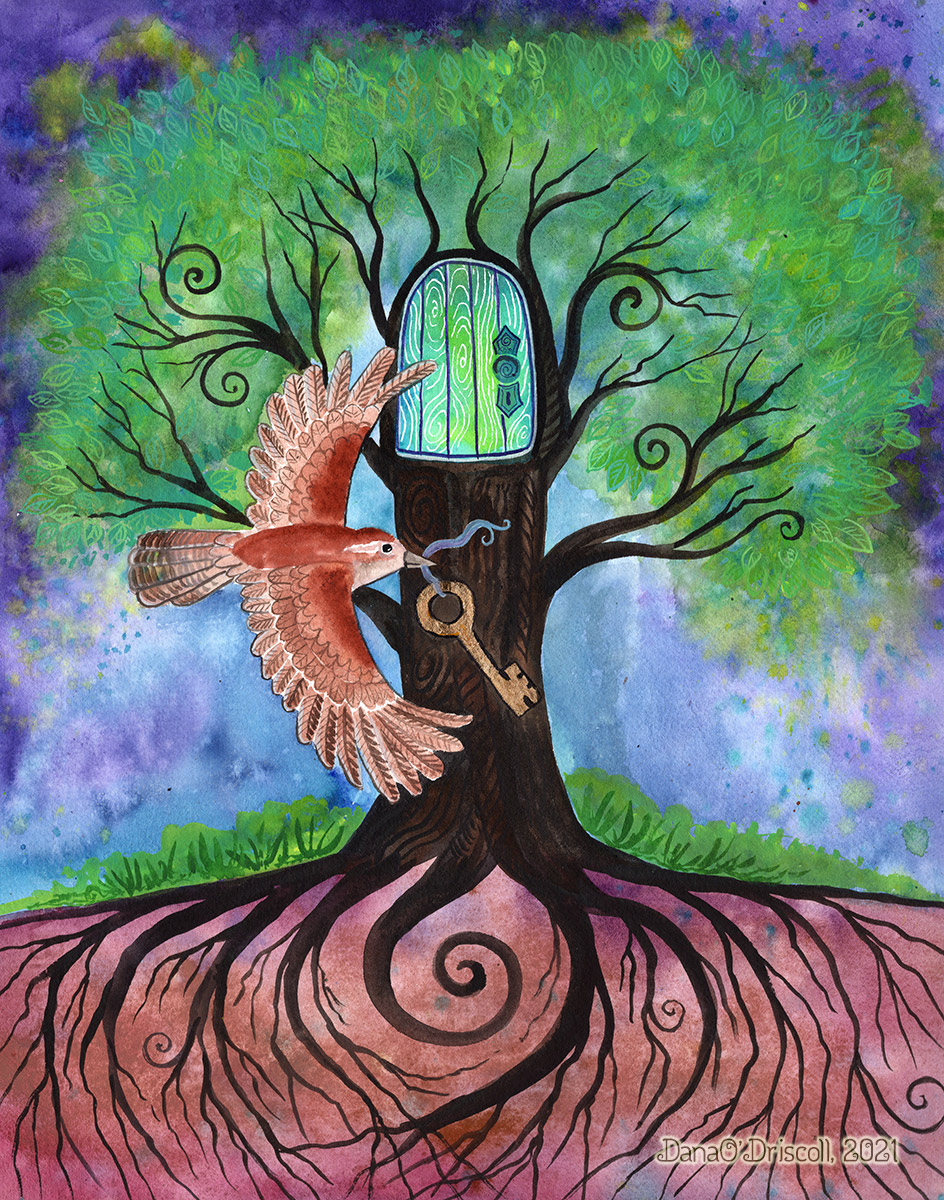 The idea that creative practices are tied to mental well-being has a fairly well-established history. In the 19th century, treating mental illness with the bardic arts was standard medical practice.  This was before the age of pharmaceuticals and modern industrial treatments.  According to this study from 2016, the idea of “therapeutic mental health landscapes” was common.  People would be surrounded by gardens, beautiful trees, and landscapes, and be able to engage in a number of creative practices as therapy.  This same kind of thinking: that creative practices have therapeutic effects can be found in research on World War I soldiers, in managing anxiety disorders, in helping individuals with compassion fatigue, and in managing depression. Studies from 2012 and 2008 demonstrated that women who engage in quilting and other crafts-based activities in their leisure time have more mental well-being and general happiness than those that do not. Similar findings are true for “men’s sheds” that provide socializing and opportunities to work wood. These are just some of the hundreds of studies that demonstrate the efficacy of creative practices on well-being and mental health.

Scientific research has begun to explore the relationship between creativity and mental illness, both psychologically and genetically. This study from 2015 examined the relationship between schizophrenia and bipolar disorder and creativity.  The study used a mathematical model to predict whether people who were diagnosed with mental illnesses had a higher disposition for creativity–and sure enough, they did. This led the researchers to suggest that creativity and certain mental illnesses may have the same genetic base. One study from 2003 explores divergent thinking (when people have to be creative within constraints) and makes the case that there there is a spectrum between creativity/genius and psychosis and madness/psychopathy. Thus, individuals may fall at different points on this spectrum.  Most recently, genetic research suggests that one gene, the COM-T gene, may be linked to creative thinking.  This same gene is also linked to certain forms of psychosis, such as schizophrenia. From this research, we see some link between creativity and mental illness.

In my own study of the creative arts within the druid tradition, I found that creativity helped address mental health challenges and create stability in a tumultuous world.  As part of my 2018 Mount Haemus lecture, I surveyed 266 druids worldwide about their creative practices. Many, many participants felt that their bardic arts were necessary to their functioning as human beings. It wasn’t that bardic arts was simply a hobby to them, but rather, it was a critical and integral part of their own lives and helped with their well functioning. In my survey, of those who regularly practiced bardic arts, almost half responded in this way to the question “Why do you practice the bardic arts” with a discussion about mental illness and/or health and well-being. Some of their answers included: “My creative practices are akin to my breathing.  I would be lost without them” and “I practice bardic arts to stay sane and grounded”; “Bardic arts help me navigate the difficulties of life.”  Thus, 50% of my participants used creative practices not only for self-expression but for mental balance. Some people used the bardic arts to make sense of the world itself, while others used it to help process issues relating to their personal life or broadly to 21st-century life. 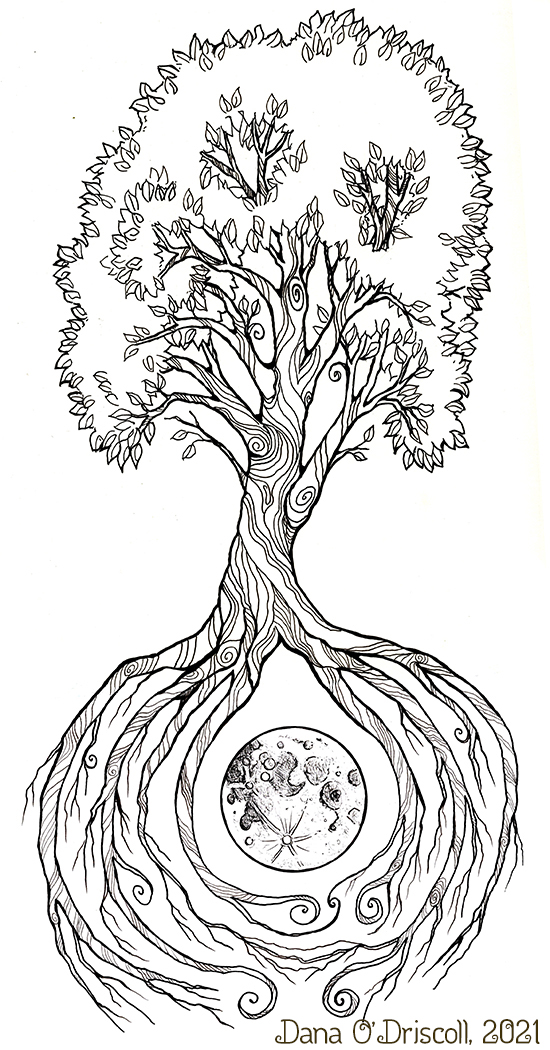 Another piece of this puzzle involves the state of mental illness in most industrialized nations. On the rise for mental illness of pressing concern are the youngest generations: children and college-age students have much higher instances of mental illness today when compared with decades ago. Changes to the school system and the rise of the testing culture have had the creative arts stripped from the curriculum.  When funding grows tight, the arts are the first thing to go. We lock kids away in boxes, make them sit quietly and learn facts, test the hell out of them, never let them play or be outside, cut out music and art classes (with Common Core in the US, this is now even worse than before)–and we wonder why kids are depressed? Then, to have them cope with this reality, they get medicated. If children can’t play and create, of course, it is likely to cause a lot of psychological harm. What exactly does refusing them creative practices do?  When these children grow into unhappy and disgruntled adults, is it surprising?

Adults have other issues.  Most are conditioned to believe they are not creative and have no capacity for creativity that they literally engage in defeatest dialogue–“I could never do that” and “you’re so talented.”  The myth of talent, that you have to be good at something the first time you try it, has caused serious harm to many who otherwise would create.  The “I could never do that” shows a lack of understanding and willingness to experience creativity as a process–a process of learning, growth, exploration, struggle, and success.  Being creative takes only a few simple things: a willingness to do it and persevere, some basic tools and instructions, and the time to invest. And yet, for many adults in modern western culture, the idea of creating is outlandish.  I know this from firsthand experience--I’ve cultivated my own creative skills over a long time and now, that I’m a highly skilled artist, literally every time I share my work, I end up in one of these defeatest conversations.

So given all the above–how do we cultivate creativity? How can we gain the wonderful benefits of the Bardic Arts in our own lives?

Finding ways of allowing ourselves to create–without judgment, without reservation, without blocks–can be an extremely freeing experience.  By shifting our ideas of producing a high-quality creative work (which comes with time and practice) and instead simply making the act of creating the key goal, we can start to overcome some of these challenges and reap the rewards of creative practice in our lives.

A “flow” state is a creative state where a person gets deeply immersed in their work.  In a flow state, you may lose track of time, have a deep focus on your creative activity, and often emerge from this activity feeling calm, refreshed, and grounded.  A flow state is one way that druids would describe the ‘flow of Awen’ – it is when you are deeply immersed and simply flow with your creative practice. The flow state cultivates deep calm and relaxation and has health benefits similar to meditation.

All people are capable of getting into the flow state–and we can cultivate it by setting up the right conditions for it to occur. So here are a few things we can do:

For me, for example, I often get into it as a writer by playing instrumental music, sitting down at a set time each week, and doing some brainstorming to get me in the mood (most of my blog posts are written in the flow state, and revised at a later place).  As an artist, my requirements are a bit different.  I usually put on a familiar movie or music track (this time with words) and lock myself in my studio.  And in either case, I ask myself, what am I most excited to work on? Of course, this kind of dedicated creative practice, along with my other spiritual practices, do help me maintain my mental balance and stability, even under conditions that can be difficult.  You’ll note that with each of these, I’ve had to practice ways of getting and staying in flow states–and once I did, I had a method that “worked” for me, and therefore, allowed it to come often.

To be clear, I’m not saying that an emphasis on the creative arts is the solution to all mental illnesses. But what I am saying is that according to a lot of druids in my study, and based on some of the other factors shared above, it may offer us a buffer to stave off mental illness.  Creative practices may be one of several things we can do to protect ourselves from the debilitating and rampant mental illness that is plaguing our culture.  And we get some cool paintings, stories, or songs out of it too!

Thus, creativity can be a buffer not only for these challenging times where mental health and self-care seem to be at an all-time low, but also a buffer to help us understand, process, and experience the world. I certainly use my own artwork to do that: I paint my feelings and emotions surrounding fracking and mountaintop removal here in my home. I paint my feelings about the loss of my beehives due to colony collapse disorder.  I paint my frustration about the inability of our world’s leaders (particularly here in the US at present) to do anything substantial about climate change and mass extinction.

Dana O’Driscoll has been an animist druid for almost 20 years, and currently serves as Grand Archdruid in the Ancient Order of Druids in America. She is a druid-grade member of the Order of Bards, Ovates, and Druids and is the OBOD’s 2018 Mount Haemus Scholar. She is the author of Sacred Actions: Living the Wheel of the Year through Earth-Centered Spiritual Practice (RedFeather, 2021), the Sacred Actions Journal (RedFeather, 2022), and is the author/illustrator of the Tarot of Trees, Plant Spirit Oracle, and Treelore Oracle. Dana is a certified permaculture designer and permaculture teacher who teaches sustainable living courses and wild food foraging. Dana lives at a 5-acre homestead in rural western Pennsylvania with her partner and a host of feathered and furred friends. She writes at the Druids Garden blog and is on Instagram as @druidsgardenart.

Learn more about the Ancient Order of Druids in America!  AODA helps you wildcraft your druidry, connect and reciprocate with the living earth, and develop a personal nature spiritual practice.

My Oracle and Tarot Decks